You are here: Home » Natural Living » How To Capture the Medicinal Benefits of Your Christmas Tree 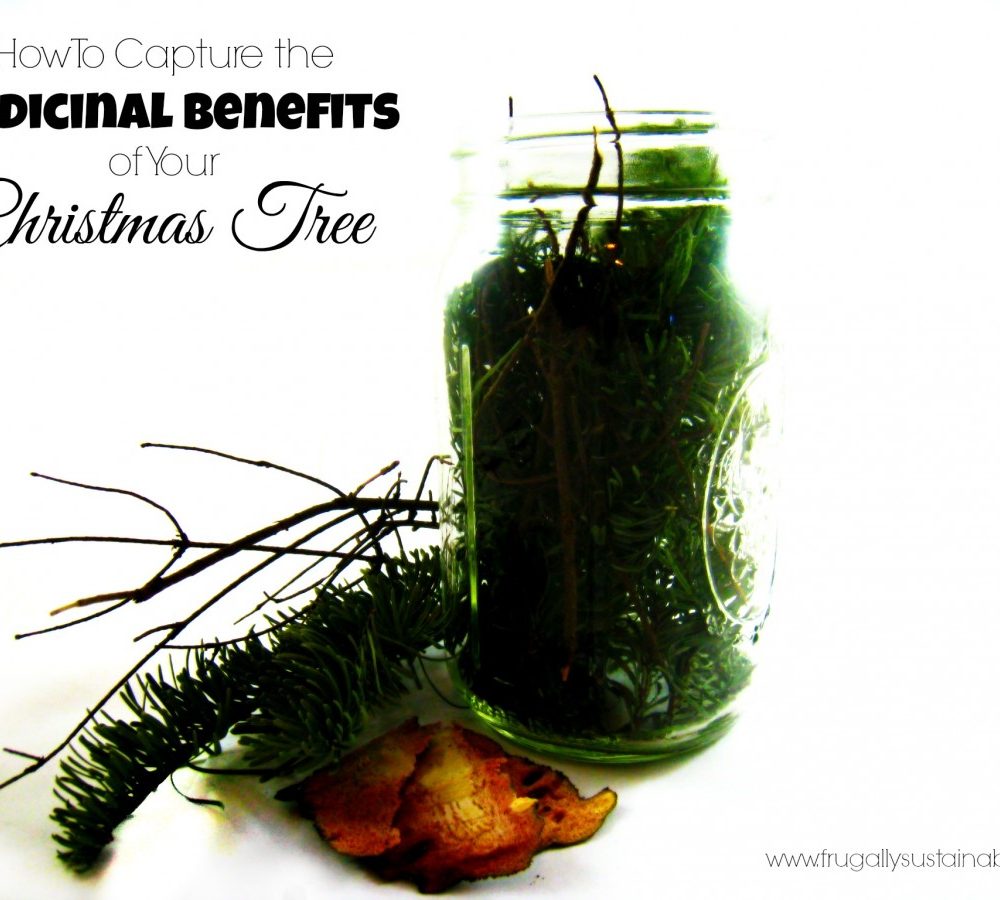 How would you like to capture the magic of Christmas…

and use it all year-long to soothe and heal a variety of aliments.

Harvesting the needles, twigs, and bark from your Christmas Tree will allow you just that!

The balsam fir is the most widely used tree to symbolism the season of Christmas.

Not only does it bring joy and beauty into our homes…but it contains very powerful medicinal properties.

Its chemical constituents are believed to have anti-inflammatory, antiseptic, expectorant, and sedative effects.

Historically, balsam fir has been known to benefit the human body by:

4 Ways To Capture The Magic

Oil Infusion
Infuse dried fir needles, twigs, and bark in a stable oil such as olive, sesame, or coconut. Once infused, this fir oil may be used in salves, ointments, lotions, soaps, massage oils, and/or aromatherapy oils to create remedies to treat any number of the aliments listed above. [Read this article to learn how to make medicinal, herb-infused oil…]

Tincture
Creating a balsam tincture will allow you to easily ingest the goodness of this miraculous plant. The extract created through tincturing is also useful topically in lotions, aromatic room & body sprays, cooking, and first-aid. [Read this article to learn how to make an herbal tincture…]

Vinegar Infusion
Using organic apple cider vinegar — and the principles of basic tincturing — you can create a super tasty vinaigrette for use in the kitchen.

Seasoning
This year I have filled a seasoning grinder (just like this one) full of:

Fir needles add a lemony flavor to foods…and let me tell you, this seasoning blend is awesome! [I purchase herbs and spices for the kitchen in bulk from Mountain Rose Herbs…HUGE savings]

***Be sure you know the source of your tree prior to using its needles, twigs, and bark. Many tree farms use pesticides and other yucky stuff.

How do you capture the medicinal benefits of your Christmas Tree?