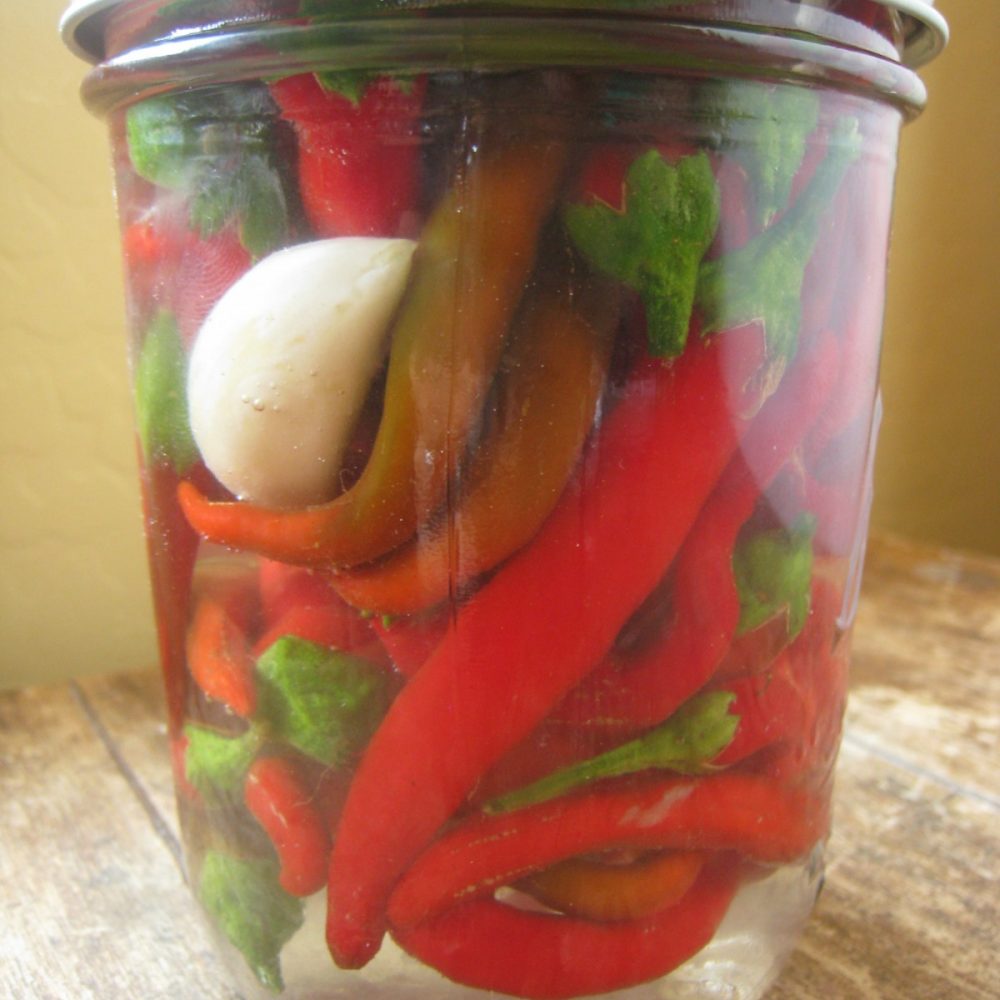 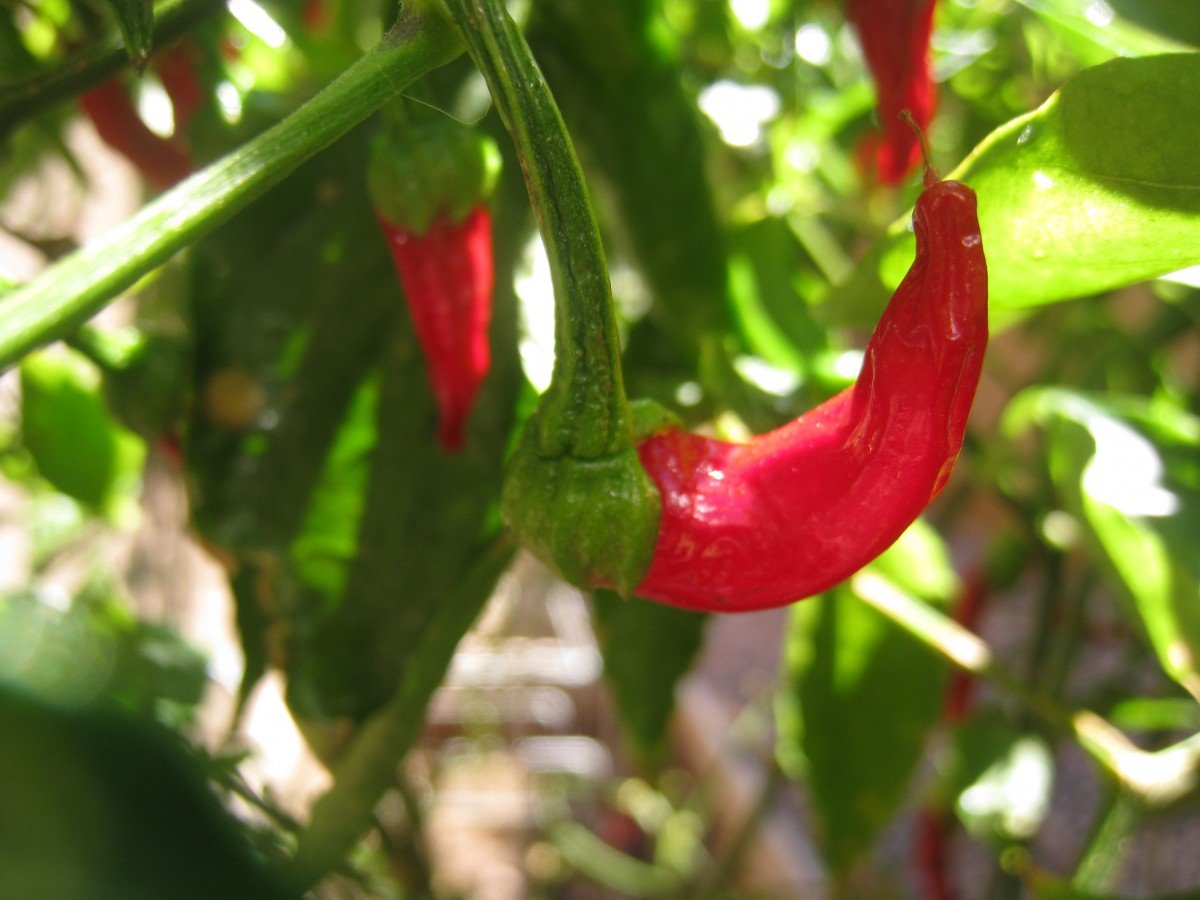 With the heat of the summer in full swing here in the desert…my cayenne pepper plants are bursting with new growth and peppers galore!

I just came in from harvesting a little over a pint of cayenne peppers from the garden — this is becoming a weekly routine — and thought I’d share with you a little recipe for the most amazing cayenne pepper hot sauce.

It’s my opinion that at least one cayenne pepper plant should be found in everyone’s medicinal herb/vegetable garden. They take well to pot culture. So even if your space is limited…grow cayenne’s, you won’t be sorry!

Did you know that cayenne peppers are actually considered an extremely powerful medicinal herb by many — and with good reason, as it has been held in esteme for thousands of years because of its healing powers. I love reading the folklore found in book written by herbalist of days gone by! So many of them — from around the world — have recounted amazing results in the cayenne’s ability to cure a multitude of ailments.

Perhaps cayenne pepper is best known for its ability to support heart and circulatory system health. Not to mention, a cup of cayenne pepper “tea” (1 cup of hot water and 1 teaspoon of cayenne powder) has been referred to as a lifesaver in the event of a heart attack!

So, in addition to dehydrating and making my own cayenne pepper powder — which I store to use throughout the year — I love making this hot sauce. It’s a modification from a recipe that Diana, who blogs at A Little Bit of Spain in Iowa, shared with me last fall. Thank you Diana 🙂 And it is by far the best tasting hot sauce I’ve ever had!

Here’s the recipe in a picture tutorial format: 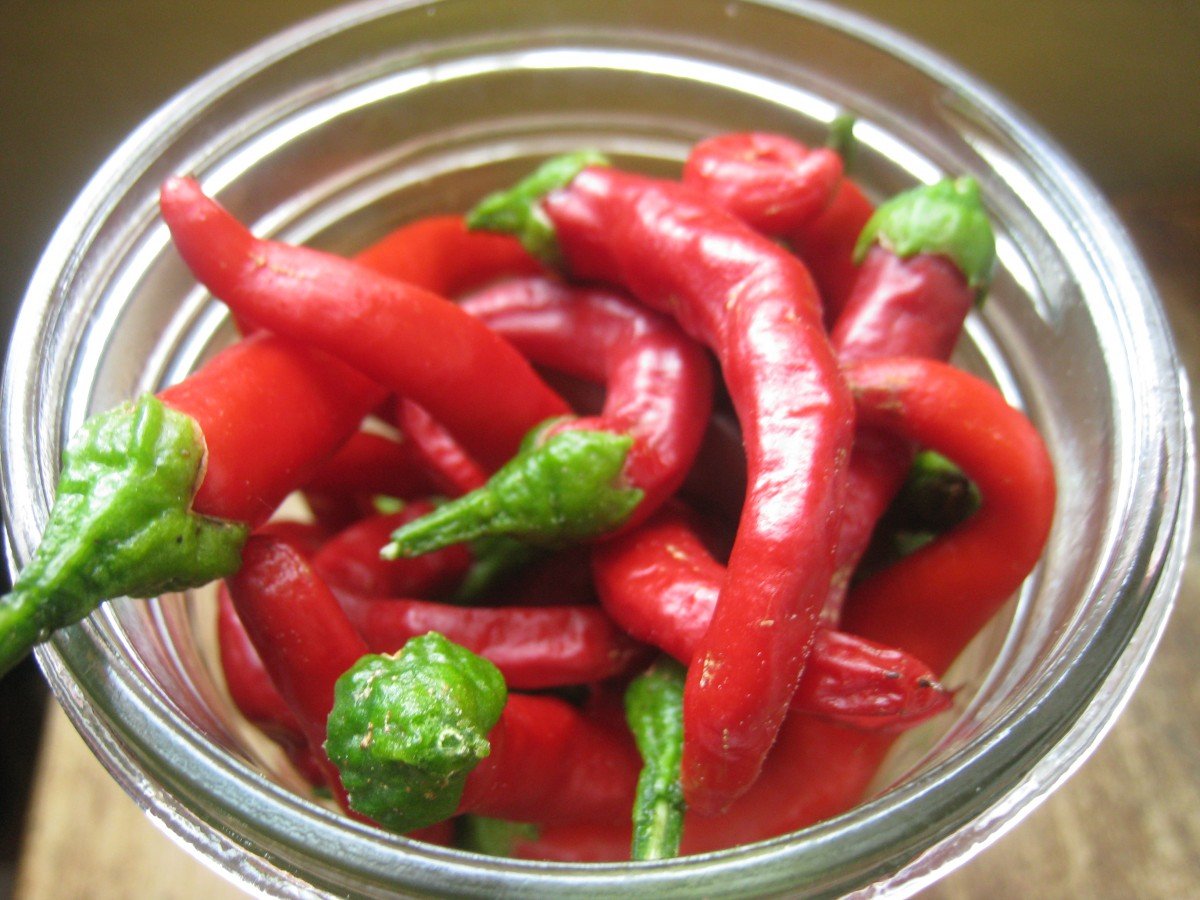 Get started with a pint-sized glass jar and cayenne peppers to fill.

…and a few cloves of garlic, whole. I actually put in 4-5, we like garlic ’round here. 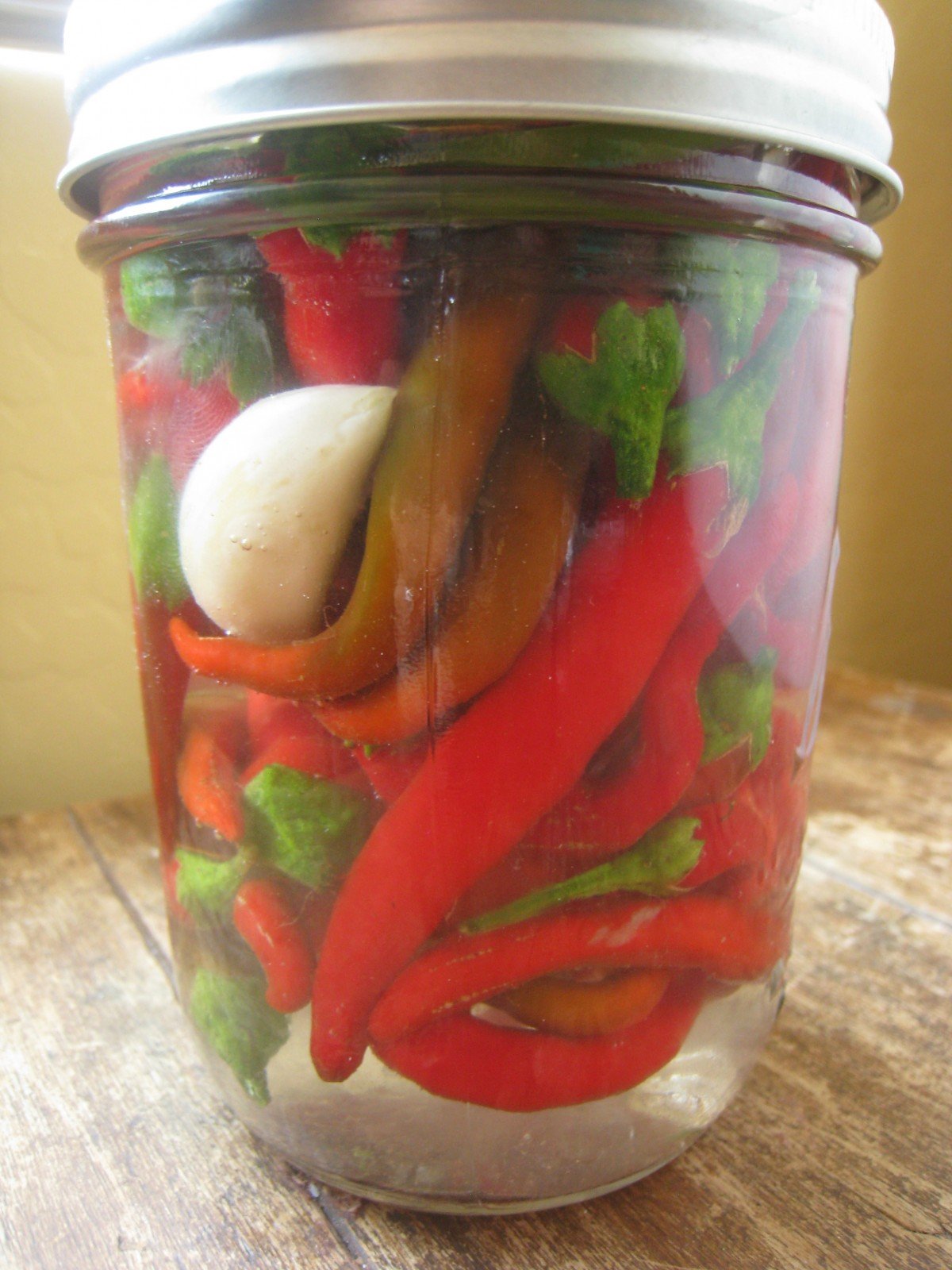 Then pour in enough water to cover everything.

Give it a good shake, then place in the pantry or cabinet for 2 weeks to ferment.

After the fermentation period, toss everything in a blender and grind it up…hot sauce!

That’s it! It’s really that simple and the flavor is out of this world.

Note: If you have questions about fermentation, I strongly suggest you head over to the expert! Wardeh of GNOWFGLINS has an amazing online course and has written a fabulous book that contains everything you could ever want to know about this traditional method of food preservation.

Tell me about your favorite homemade condiments!