You are here: Home » Herbs & Remedies » How to Make Pinon (Pinyon) Oil and Salve 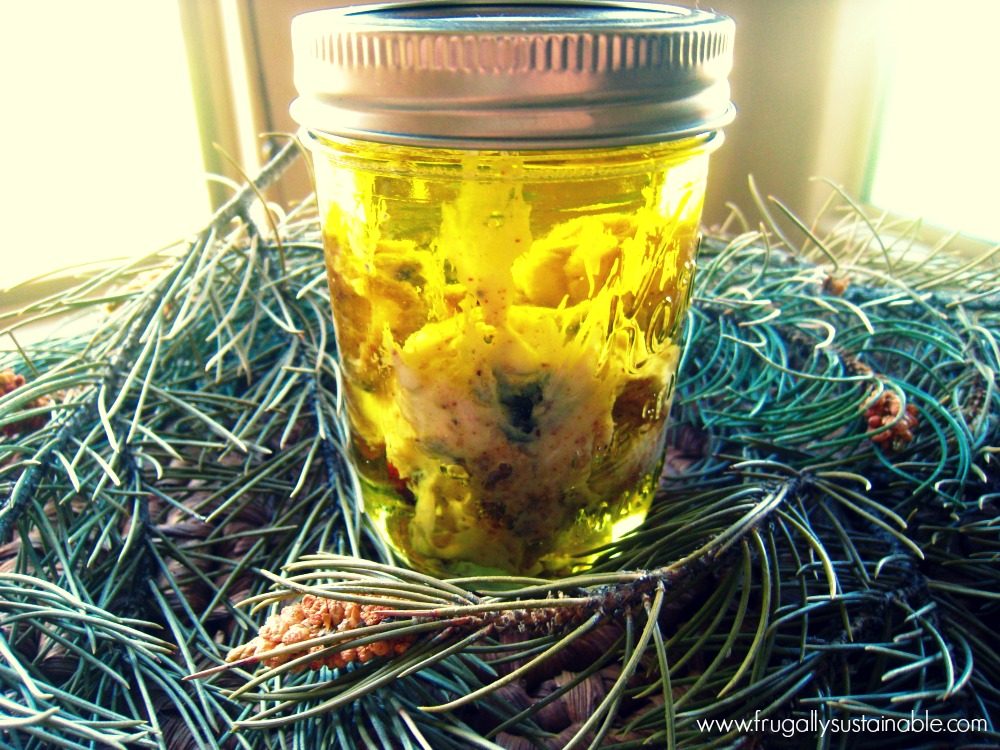 I just returned from a backpacking trip to one of the most magical places I’ve EVER been…Fossil Spring, AZ.

In the plant world, this area of Arizona is known as the Juniper-Pinon belt. It contains such a unique collection of flora…in fact, most plants living here are known only to this region! And what an honor it was to share space among them.

In just a few short days, I was able to harvest numerous plants (under the energy of the full moon as a magical bonus).

One of the most notable, was the Pinon.

Pinon trees were everywhere along the trail! They provided the respite we so desperately needed to shade ourselves from the intensity of the sun. They also provided a bountiful harvest of healing plant material!

The inner bark, needles, nuts, and pitch from the Pinon have been used by inhabitants of the Southwest for centuries in medicinal preparations.

Here’s what Michael Moore, in his book Medicinal Plants of the Desert and Canyon West, has to say about Pinon ::

The needles make a very pleasant tea simply for the taste and have a mild diuretic and expectorant function as well. The inner bark boiled slowly for tea and sweetened with honey is still stronger as an expectorant, useful after the feverish, infectious stage of a chest cold has passed. The pitch is the most specific of all; a piece the size of a currant is chewed and swallowed. The is followed shortly afterward by strong, fruitful expectoration and a general softening of the bronchial mucus…[it is also] warmed slightly over a stove or campfire and applied to splinters, glass, and other skin invaders allowed to set, and peeled off, carrying the problem with it.

…I find it amazing that during the entirety of our hike, the pitch of the Pinon was drawing me it! I spotted it early on the start of our journey, and it was primarily what my eyes would focus on. My children even started pointing it out on every tree! I was unsure of what I would do with it…

…but it knew I needed to bring some back with me. 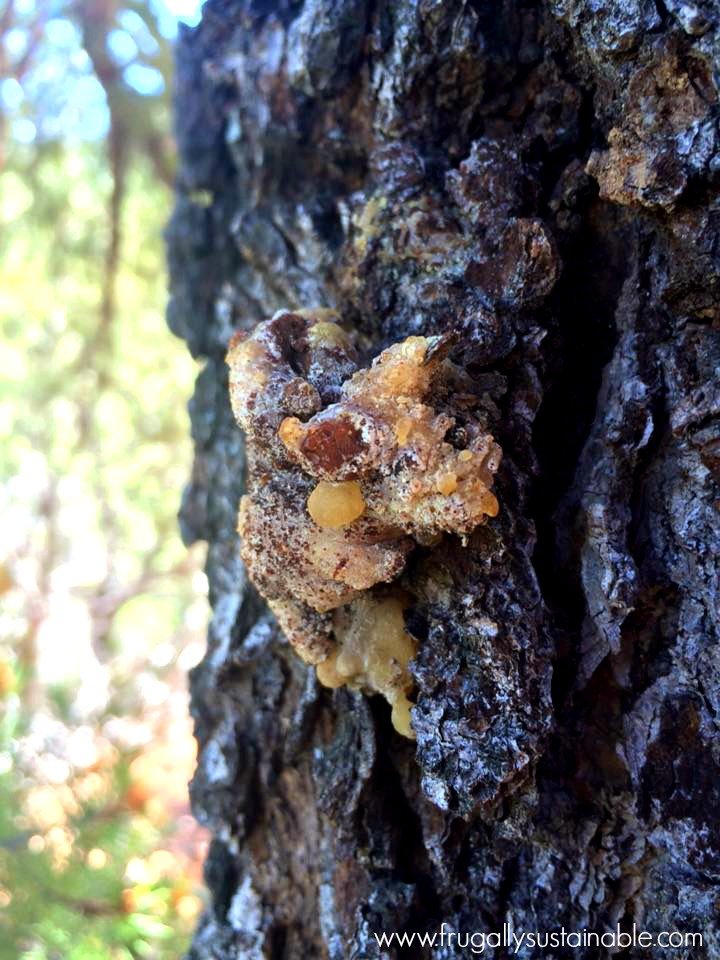 As with all acts of wild-harvesting, ethics is of utmost importance.
I always think it important to spend time with the plant, to ask permission to harvest, and to thank it for its gift…to consider the life + vitality of the plant and to not harvest more than I can reasonably use.

Pinon trees actually produce copious amounts of pitch as a means of healing for their own wounds. And by copious, I mean on some trees the pitch was literally dripping off the bark + branches and on some, I found pitch the size of a small apple!

Sincere and careful caution was taken in removing the pitch, so as to leave enough for the tree for continued protection and healing.

Methods for harvesting pitch are as varied as there are people harvesting. All I had were my hands and a small container. I simply used my fingers to easily collect the soft, pliable pitch from the bark of the Pinon and placed it in my container. Note :: Removing the sticky pitch from my fingers was as easy as rubbing some oil on my hands and it slid right off.

It was on the drive home, I determined I would use the pitch to make a salve.

The benefits of Pinon Pitch Salve are pure magic! Due to its ability to draw blood and energy to the site of application, a salve made of Pinon has the power to heal ::

Not to mention, the smell of the salve alone possesses a level of healing all its’ own! 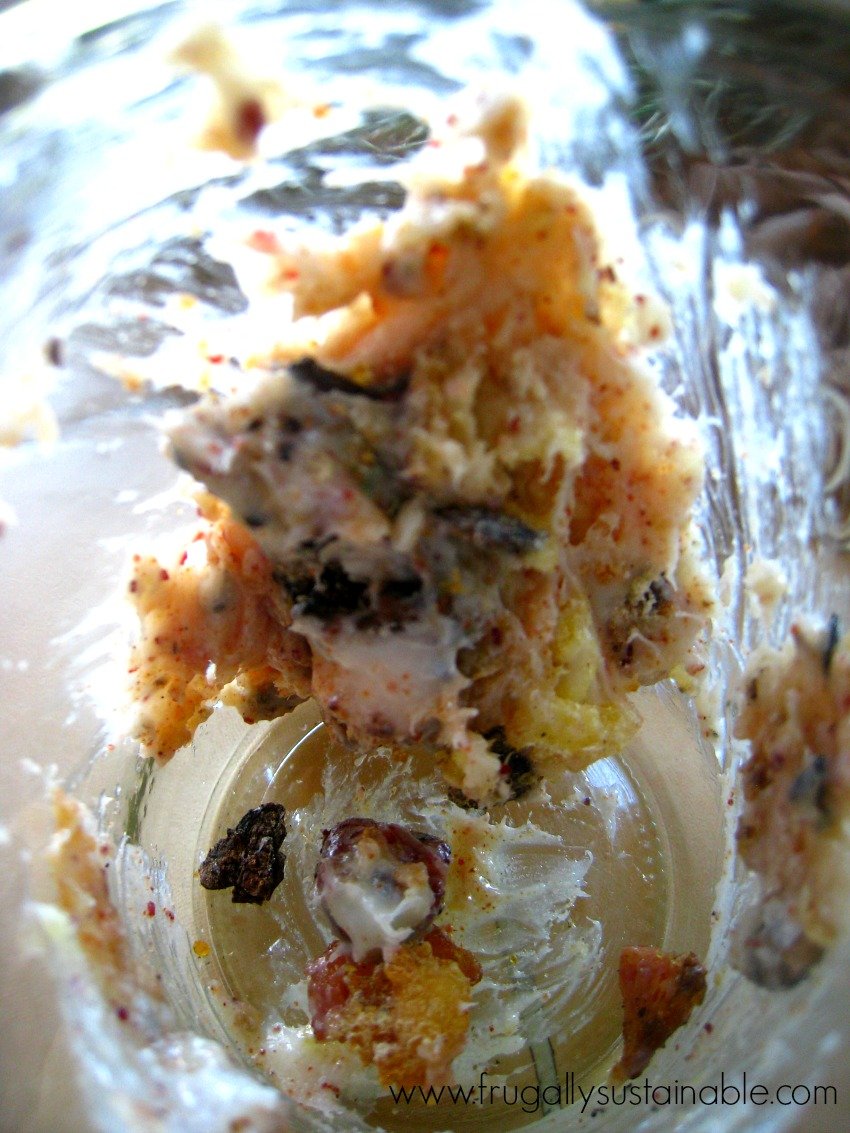 The Making of Pinon Salve

Through my research, I read of many different methods for making a salve with the pitch of Pinon. I settled on using traditional methods, allow me share my experience!

Your turn. Ready to make this amazing salve?